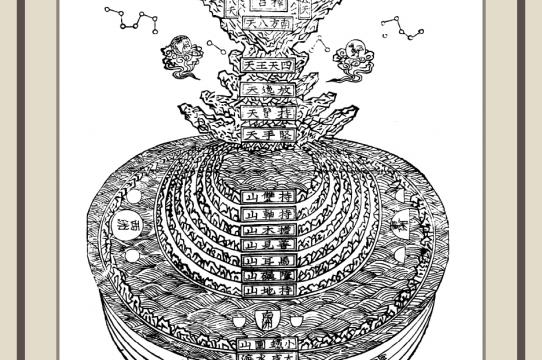 How are architectural ruins mythologized in the Western imagination? How and why do the ruins of non-Western spaces become the objects of fascination under colonial rule? Mitchell's paper titled "Unearthing Hallucinations: Reimagining the Ideologies of Landscape and Ruin in British India" grapples with these questions within the specific context of India under British colonial rule in an attempt to understand the relationships that uphold and reinforce our contemporary view of ruins as 'dead' space. He contends that, rather than being a historical constant, the Western fascination with ruin came into being during the period of Romanticism (early-mid 19th century) in Europe at a time when the colonial domination of India was nearing its peak. By examining the early ethnographic sketches of Colin Mackenzie, the landscape paintings of William and Thomas Daniells, and the descriptive travel literature of P.V.M Meyers, this project aims to reconceptualize the canonical viewings of colonial Indian landscapes as "sublime" or "picturesque" (which rely on the tropes of nostalgia, mourning, and salvation) in favor of a way of seeing that privileges the life of 'ruins' and celebrates their role as necessary cultural organisms.