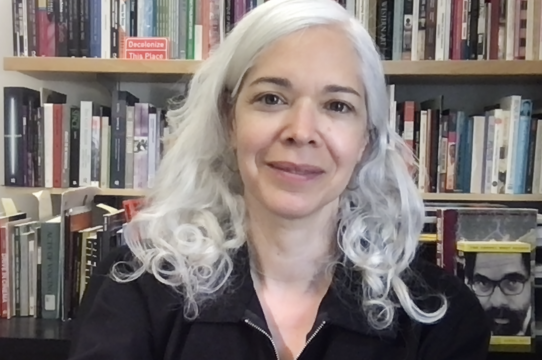 Jennifer Gonzalez writes about contemporary art with an emphasis on installation, digital and activist art. She is interested in understanding the strategic use of space (exhibition space, public space, virtual space) by contemporary artists and by cultural institutions such as museums. More specifically, she has focused on the representation of the human body and its relation to discourses of race and gender. González has received fellowships from the Ford Foundation, the American Association of University Women, and the American Council of Learned Societies. She has published articles in numerous scholarly and art publications such as Journal of Visual Culture, Frieze, Bomb, Diacritics, Archives of American Art Journal, Camera Obscura, Open Space and Art Journal.  She has lectured extensively at universities and art museums nationally and internationally and teaches regularly at the Whitney Museum Independent Study Program, New York.

Please use this Doodle Poll to sign up for a meeting time:

For a remote meeting during office hours, please send a Zoom link to jag@ucsc.edu, indicating your name, and the time you have selected on the Doodle Poll.

I look forward to meeting with you!

History of Art and Visual Culture

Gonzalez's first book Subject to Display: Reframing Race In Contemporary Installation Art (MIT Press, 2008) was a finalist for the Charles Rufus Morey Book Award, given by the College Art Association for a particularly distinguished book in the history of art. The book explores how artists James Luna, Fred Wilson, Amalia Mesa-Bains, Pepón Osorio and Renée Green offer a critique of the racialized display practices of institutions such as museums, private collections, and art galleries as well as the cultural heirarchies reproduced in domestic spaces and government agencies.  These artists use installation techniques to analyze historical materials, to highlight colonialist discourses, to resituate subaltern bodies, and to critique the spatial and ideological divisions that perpetuate inequalities.  https://mitpress.mit.edu/books/subject-display

Pepón Osorio (University of Minnesota Press, 2013) extends her analysis of this prolific Puerto Rican installation artist whose social justice, collaborative art practice examines how communities of color grapple with difficult issues from AIDS, to mass incarceration, to foster care. The artist frequently collaborates with community youth, and each installation articulates a complex web of relations among the participants and the larger social institutions and racialized discourses they confront.  Pepón Osorio won second place in the Best Art Book category of the International Latino Book Awards, 2014. https://www.upress.umn.edu/book-division/books/pepa3n-osorio

González also served as chief editor for the co-edited volume Chicana and Chicano Art: A Critical Anthology, with Ondine Chavoya, Chon Noriega and Tere Romo, Duke University Press (2019). Comprising a diverse selection of thematically organized essays from the 1960s-2000s, this historically-oriented anthology is designed to be an introductory teaching collection for students and non-specialists. It ranked 25th in the top 100 Best Art Books of the Decade in ArtNews magazine, December 2019.  https://www.dukeupress.edu/chicano-and-chicana-art

"Categorical Refusal: Unwinding the Wound," in Jimmie Durham: At the Center of the World edited by Anne Ellegood, (New York and Los Angeles: Whitney Museum of American Art and Hammer Museum, 2017) 192-197.

"Flesh in the Machine: She's Egungun Again," in Wangechi Mutu: This You Call Civilization? edited by David Moos, (Ontario: Art Gallery of Ontario, 2010) 72-75.

“Morphologies: Race as Visual Technology” in Only Skin Deep: Changing Visions of the American Self (New York: International Center of Photography, 2003)

“Against the Grain: The Artist as Conceptual Materialist” in Fred Wilson: Objects and Installations 1979-2000 (Baltimore: Center for Art and Visual Culture,University of Maryland Baltimore County, 2000)

"Western Union: Small Boats," at the Los Angeles County Museum of Art, in conjunction with the exhibition Isaac Julien: Playtime, (May18)

Invited discussant with Anna Tsing and TJ Demos, Against the Anthropocene, book launch, Institute of the Arts and Sciences, UC Santa Cruz, (October 17)

Invited speaker, “From Face to Skin,” This Is Not About The Future: Black Digital Culture Now, conference hosted by CAL Arts, Valencia & Los Angeles, CA (November 14-15)

Invited speaker, “The Face and the Public” at the Traveling Concepts in Cultural Analysis conference, University of Rostock, Germany (May 30-June 1)

Invited speaker, “The Face and Race in the Public Sphere” at the Visions of the Now conference, Stockholm, Sweden

Contemporary art in the U.S. and Europe, history of the museum, activist art since 1960, history of photography, theories of representation, feminist theory

Chicano and Chicana Art: A Critical Anthology, included in "Best Art Books of the Decade" by ARTNews Magazine (2019)

Excellence in Mentoring, Division of the Arts (2013)

President’s Research Fellowship in the Humanities, University of California (2000) 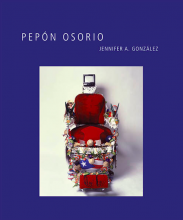 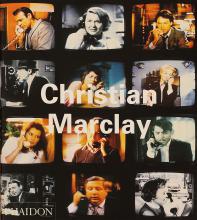