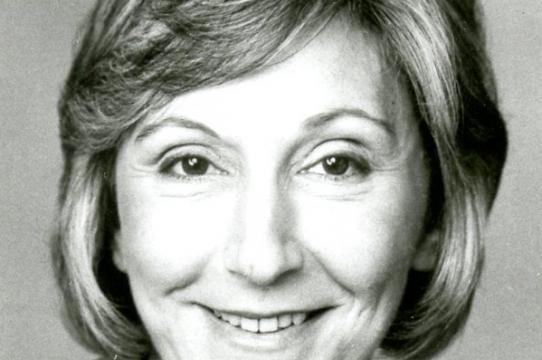 Nan Rosenthal was the first Professor of Art History at UCSC, teaching from 1971-1985 (officially resigning two years later). In 1971 she was hired in the art department as there was no separate art history then. The East Coast obituaries don't say anything about Nan's work at UCSC (URL's listed below), but it was very important and it formed part of who she was. A smart writer about the contemporary art of her time, she was also a devoted teacher of this art and taught several UCSC students who went on to significant positions in the art world.

One highly regarded means that she developed in addition to her regular courses in modern and contemporary art was a class in mounting a genuine museum exhibition, where students designed an exhibition in one quarter and produced the exhibition at the Sesnon Gallery the next, dealing with all the ins-and-outs of exhibition work, including convincing lenders and managing shipping and insurance as well as serving as docents during the exhibition period. She drove everyone hard, but no one harder than herself, in order to accomplish more than we would have believed of ourselves.

She could be enormously persuasive. Her friendship with the leading artists of the day, including Jasper Johns, Robert Rauschenberg, and Yvonne Rainer, was highlighted in the East Coast obituaries. Also significant were her wide-ranging connections with leading people throughout the art world and academia. At one point, she told me that she was going to net Reyner Banham, the famous architectural historian and theorist of modern architecture for UCSC. I dropped my jaw in disbelief, but she did it!

Nan was instrumental in several areas. She worked tirelessly to build up the art history program, convincing deans and other administrators of the importance of art history to a university curriculum. She was effective in acquiring independent status for art history, which happened in 1983-84. She started the art history poster in 1979 and drafted the "Hints for Writing a Paper in Art History," which was full of hilarious sentences that nevertheless demonstrated proper form. And works of art were always to be called works, never pieces, because she valued the artist's work and the creative process deeply.

Yet she certainly was not all work and no play, even when late night phone calls would drag on very late. Parties at her house were filled with fun and interesting people. And she went in for raising chickens, learning the different types, just as she required students to learn works of art. She could be difficult, always intense, but her hard-working personality came with much humor accompanied by an infectious laugh. All of us who work or have worked in HAVC at UCSC are in major debt to her pioneering efforts. UCSC owes a great deal to Nan Rosenthal.

In grateful memory of knowing Nan and her work,
Virginia Jansen
Professor Emerita of History of Art and Visual Culture