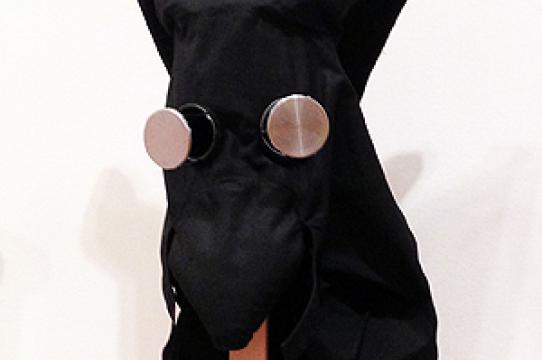 In October 2016, Tatiane Santa Rosa presented her paper "Lygia Clark's The Structuring of the Self: Relational Objects and Mental Images," at the Sensorial Encounters Graduate Symposium (The University of Kansas, Lawrence, KS). In 1964, after a coup established a military dictatorship in Brazil, artist Lygia Clark decided to self-exile in Paris. There, she taught a course on “gestural communication” at the Sorbonne. Clark’s classes became her artistic practice: she called her works with her students propositions, in which the boundaries between artist, art object, and viewer became purposefully vague. After years in Paris, in 1976, Clark returned to Brazil and developed a unique therapeutic praxis she called the structuring of the self: she used her art objects directly on her clients’ bodies to activate their senses and what she called the “memory of the body.” Her objects became a network, as if they were a “new skin” for her clients, conflating their senses, memories, and vivid mental images they saw during sessions. This paper focuses on her late practice, one that has been rarely considered "art."