The Murals of Bonampak: The Spectacle of the Late Maya Court presented by Mary Miller 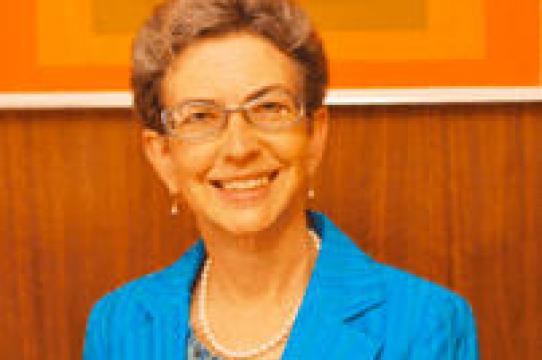 Painted in the last decade of the 8th century in the tropical rainforest of Chiapas, Mexico, and brought to modern attention in 1946, the wall paintings of Bonampak reveal the ancient Maya at the end of their splendor. Sterling Professor of History of Art Mary Miller, a specialist in the art of ancient New World cultures explores the ritual artwork of the Late Maya court. Using the most complex and luxurious palette of pigments known from pre-hispanic Mexico, a small group of trained artists rendered the rituals of court rituals, from human sacrifice to the receipt of foreign dignitaries. Using both newly commissioned and newly rediscovered photographs as well as recently completed reconstructions, Professor Miller will bring this ancient spectacle to life.

Part of the 2013 Arts Division Lecture Series "Engaging the Mind"

Mary Miller, Sterling Professor of History of Art, became dean of Yale College on December 1, 2008. Prior to assuming the deanship, Miller served as master of Saybrook College for nearly a decade. She earned her A.B. from Princeton in 1975 and her Ph.D. from Yale in 1981, joining the faculty in that year. She has served as chair of the Department of History of Art, chair of the Council on Latin American Studies, director of Graduate Studies in Archeological Studies, and as a member of the Steering Committee of the Women Faculty Forum at Yale.

A specialist of the art of the ancient New World, Miller curated The Courtly Art of the Ancient Maya at the National Gallery of Art, Washington, D.C., and the Fine Arts Museums of San Francisco in 2004. For that exhibition, she wrote the catalogue of the same title with Simon Martin, senior epigrapher at the University of Pennsylvania Museum. In 2009, her essay on George Kubler, “Shaped Time,” appeared in Art Journal; her book, The Aztec Calendar Stone, co-edited with Khristaan Villela, was published in 2010. Among her other books are The Murals of Bonampak, The Blood of Kings (with Linda Schele), The Art of Mesoamerica, Maya Art and Architecture, The Gods and Symbols of Ancient Mexico and the Maya (with Karl Taube), and A Pre-Columbian World (co-edited with Jeffrey Quilter).

For her work on ancient Mexico and the Maya, Miller has won national recognition including a Guggenheim Fellowship. She was elected to the American Academy of Arts and Sciences in 1994. In April and May of 2010 she delivered the Fifty-ninth A. W. Mellon lectures at the National Gallery of Art. She is scheduled to deliver the Slade Lectures at Cambridge University during the academic year 2014-2015.

free and open to the public
parking $4