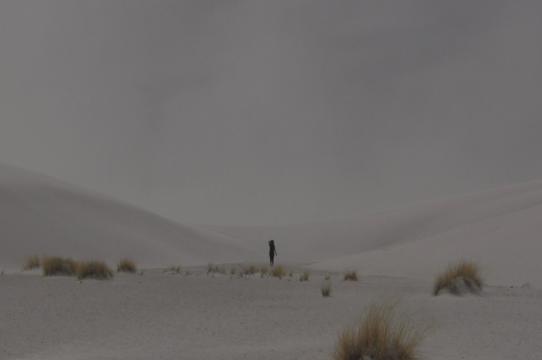 HAVC 201A: Introduction to Visual Studies and Critical Theory (Fall)
An introduction to the visual studies discipline through a range of discourses and approaches that have proven productive for practitioners of visual studies, in diverse thematic foci and cultural contexts. The course features intensive readings and student-led discussions. Students work on three short papers on topics of their choice that relate to the broader issues discussed in class. Required seminar for all first-year visual studies graduate students. B. Ly

HAVC 202: Introduction to Visual Studies Methods (Winter) - CANCELLED
Examines research methods and approaches in a variety of materials, cultures, periods and subjects that are relevant in the discipline of Visual Studies. Discussions focus on research and readings by individual VS faculty who share practices, experiences and advice. Required seminar for all first-year visual studies graduate students. K. Parry

Considers 18th-century to 21st-century colonialisms, especially in Oceania. Concentrates on representations conditioned by particular cross-cultural engagements in colonial "peripheries" rather than focusing on metropolitan representations. Explores the construction and transgression of rigidly defined colonial identity categories, as expressed in visual/material form. S. Kamehiro

This graduate research seminar in the history of Visual Studies, open to graduate students from across the campus, takes as its point of departure an influential interdisciplinary seminar held at the University of California’s Humanities Research Institute (HRI) during the Spring of 1994. Originally entitled “Reinventing Nature” after a writing by the scholar Donna Haraway, the seminar provided the content for the 1996 edited volume Uncommon Ground: Rethinking the Human Place in Nature, edited by the historian William Cronon. The seminar featured presentations by Cronon, Haraway, Anne Whiston Spirn, Candace Slater, Carolyn Merchant, Richard White, Michael Barbour, Giovanna Di Chiro, Kenneth Olwig, and Robert Harrison as well as a series of “albums” containing images that formed the organizing framework for discussions. As such, the event was foundational to the history of Environmental Humanities as a field of study and academic discipline. By focusing on the constellation of writers and ideas that drove “Reinventing Nature” and the critiques that were posed against it in related events and texts, this seminar engages with the rich discourses around issues of ecology, technology, environmental politics, and visual representation that emerged in the 1990s through debates about the idea of nature. At stake in retracing these events is not simply a historiographic exercise in establishing the contours of a field, but a series of larger questions. These include: What is the potential, in light of the recent proliferation of writings on anthropogenic climate change and environmental justice in the arts and humanities, of revisiting debates about the idea of nature staged three decades ago? What have been the roles of images and image interpretation within discourses about environmental issues? How might we align the disciplinary history of Visual Studies with Environmental Humanities? If another “Reinventing Nature” seminar were held today, what would be its points of focus and which voices could be involved? A. Narath

HAVC 297: Independent Study
Independent study or research for graduate students. Students submit petition to sponsoring agency. May be repeated for credit. The Staff

The electives listed here constitute just a sampling of the courses open to Visual Studies graduate students. Prospective students are encouraged to consult the graduate course offerings of the departments and programs of Anthropology, Digital Arts and New Media, Film and Digital Media, History, History of Consciousness, Literature and Philosophy, whose seminars are also open to our students.

HAVC 294: Teaching-Related Independent Study
Directed graduate research and writing coordinated with the teaching of undergraduates. Students submit petition to sponsoring agency. May be repeated for credit. The Staff

HAVC 295: Directed Reading
Directed reading that does not involve a term paper and is usually for qualifying exam preperation. Students submit petition to course-sponsoring agency. Enrollment restricted to graduate students. May be repeated for credit. The Staff