Against the Anthropocene: Visual Culture and Environment Today 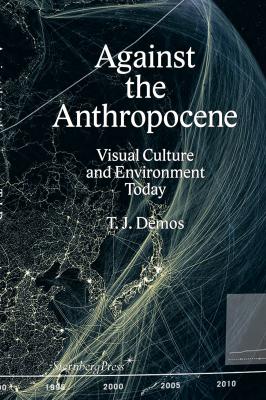 Addressing the current upswing of attention in the sciences, arts, and humanities to the new proposal that we are in a human-driven epoch called the Anthropocene, this book critically surveys that thesis and points to its limitations. It analyzes contemporary visual culture—popular science websites, remote sensing and SatNav imagery, eco-activist mobilizations, and experimental artistic projects—to consider how the term proposes more than merely a description of objective geological periodization. This book argues that the Anthropocene terminology works ideologically in support of a neoliberal financialization of nature, anthropocentric political economy, and endorsement of geoengineering as the preferred—but likely disastrous—method of approaching climate change. To democratize decisions about the world’s near future, we urgently need to subject the Anthropocene thesis to critical scrutiny and develop creative alternatives in the present.

“The idea of the Anthropocene needs to be eviscerated, and there is no one better suited to do it than T. J. Demos. In this sharp book Demos demonstrates that the Anthropocene thesis obscures a host of gross inequalities and the powerful interests behind them. Exploring examples (such as Google Earth) that support Anthropocene iconography, as well as a plethora of critical alternatives that decolonize and indigenize the Anthropocene, Demos offers a strong indictment of the violence of contemporary fossil capitalism. This manifesto should be on the bookshelves and in the back pockets of all climate justice activists.”
—Ashley Dawson, Professor of English, CUNY Graduate Center and College of Staten Island

“Against the Anthropocene is much more than simply ‘against.’ In this short, accessible, and fiercely written book, T. J. Demos shows how visual culture is implicated in the Anthropocene’s occlusions as well as a resource for conceptualizing—and mobilizing for—emancipatory alternatives. Deftly weaving together environmental accounts, scholarly arguments, and activist mobilizations, Demos makes an impassioned argument for new modes of thinking and representing the global environmental crisis that refuse the old fictions of the ‘social’ and the ‘natural.’ It is a book that shows how visual culture matters in our struggle for a just and livable future.”
—Jason W. Moore, Associate Professor of Sociology, Binghamton University

“T. J. Demos is one of the most important critics of visual culture and its politics today. In this must-read book he makes a compelling argument not only against the discourse of the Anthropocene but also for an activist, critical, and intersectional culture of climate justice.”
—Carrie Lambert-Beatty, Professor of Visual and Environmental Studies and of History of Art and Architecture, Harvard University

“In Against the Anthropocene, T. J. Demos adds to the growing chorus of voices critical of a term that, while intending to sound an alarm about climate change, in fact obscures responsibility for our eco-disaster. Through his unique assessment of the role of the image in the Anthropocene, Demos highlights the work of contemporary artistic-activist projects that contest imagery designed to shape our response to environmental crisis. For those who think that we can’t envision our crisis or do anything about it, this wonderful book shows us all the ways in which visuality is being reinvented in support of a new, vibrant politics of collectivity.”
—Imre Szeman, Canada Research Chair in Cultural Studies and Professor of English and Film Studies, University of Alberta

“Those who continue to find value in the concept of the Anthropocene would do well to read this book. It will help you to develop a critical aesthetics and to avoid a deliberately cultivated political naiveté.”
—Brian Holmes, cultural critic, artist-cartographer, cofounder of Deep Time Chicago