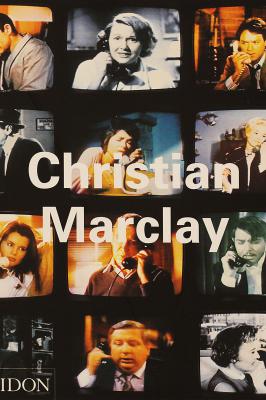 Christian Marclay (b.1955) works across numerous visual media - sculpture, installation, performance, found objects and collage - alongside music and its artefacts, to create a unique, multidisciplinary art. Also a musician, composer and DJ, in his visual works he sometimes evokes the memory of music, such as The Beatles (1989), a pillow crocheted out of Beatles audiotapes. Elsewhere he examines the clichéd images of music-making, for example, those found on LP record covers - charismatic classical music conductors, smiling Easy Listening girls and sultry rock stars. These are then carefully sewn together to form hybrid, often humorous figures (Body Mix, 1991-93).

Art historian and critic Jennifer Gonzalez examines in her Survey Marclay's output primarily as a visual artist, while the Interview with Sonic Youth's Kim Gordon concentrates on his collaborations with musicians and his performance work.  Art critic and curator Matthew Higgs looks closely at the structure and content of the immensely complex, highly enjoyable Video Quartet. The Artist's Choice is The Prose of the Trans-Siberian and of Little Jeanne of France by Swiss poet and novelist Blaise Cendrars. Like the artist, Cendrars worked across various disciplines. The Artist's Writings includes a spliced interview specially created by Marclay for this volume.

A respected musician who has collaborated with John Zorn, Elliott Sharp and others, Marclay has presented his unique sound and vision artworks at the Whitney Biennial, New York (1991 and 2002), and at the Venice Biennale (1995 and 1999), among many other key international exhibitions. A major travelling retrospective of the artist originated at the Hammer Museum, UCLA, in 2003 and ended its tour at the Barbican Art Gallery, London, in February 2005. The highlight was his tour de force Video Quartet (2003), a four-screen installation combining Hollywood film clips associated with music, edited together with virtuoso precision.