crystal am nelson (2013 cohort) teaches Race and Visual Arts in America, in Winter 2017

"If I somehow failed this course, I would be excited to retake it" (student comment) 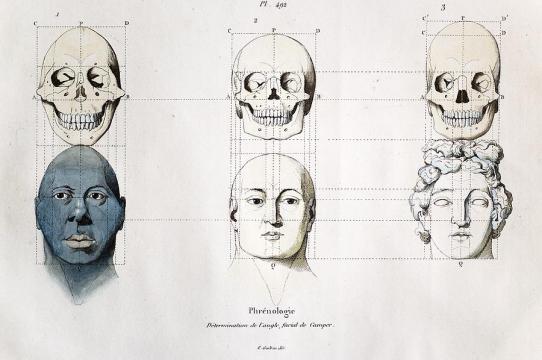 I was really excited to teach this course and introduce potentially new material to my students, but as a woman of color I was also extremely nervous about discussing such a hot-button issue with a predominately white classroom. Yet, from the first day, my students showed up ready and willing to delve into even the most sensitive topics.

My initial fear was that discussing such issues as racial supremacy might turn students off and perhaps lead them to resist engaging with the course material. My trepidation was for naught, as students responded with heartfelt interest and commitment to the class material and my pedagogical approach. Understanding the course as a whole could be triggering, I decided to take more of a Socratic approach with my lectures. I believe that students possess more information than usually given credit for and simply need gentle prodding to access it and bring it forward. Often I would insert moments in my lectures with questions to give students opportunities to participate in teaching moments. Doing this also enabled them to phrase complex ideas in their own language, which supported their understanding of the material. Additionally, I used humor, particularly during the most intense sections of the course, in order to show students that, while acknowledging the damaging effects of racist images/ideas, it is okay to also recognize the absurdity of some of the images and ideas we looked at and discussed.

To close the course, I assigned a group project in the form of a digital book using Scalar. Each group selected a topic based on the syllabus and wrote a book about that topic using prompts I wrote as guides. I chose the Scalar book project over a paper because I wanted the students to have something that lasted beyond the course, that they could show their family, friends, other professors, and perhaps put on applications for future opportunities.

The course investigates the relationship between race and representation. Through an examination of how Native American, LatinX and ChicanX, African-American, European-American, and Asian-American identities have been constructed in the United States over time, we consider the following: the role of visual imagery in racializing groups; the formation and negotiation of dominant identities; the often-times contradictory ways in which groups have both embraced and resisted mainstream racial identities; and the practical lessons that the historical construction of race holds for twenty-first century American society.

On the final quiz of the quarter, I asked students what they learned. The following are transcripts of two of the comments I received.

“Oh boy. I’m not sure about specific facts or concepts, but I can say with certainty that this class has given me strenuous and productive exercise in ways of thinking about difference, perception, and of race as a whole. It has led me to question old assumptions, to fortify others, and to establish brand new elements within my ideological framework. If I somehow failed this course, I would be excited to retake it. It has taught me a lot and I’m excited and hopeful that Crystal will continue to research and educate in the field. Thanks folks.”

“Honestly I could go on for so long about the things I took from this class because it all impacted my life. In general a huge/major important thing I learned would be how stereotypes developed for the racial/ethnic groups in America. Like, wow. This really impacted me and allowed me to grow and understand why knowing where these stereotypes come from is important. It changes how I act and how I feed into the world. One more thing in relation would be how art has really been used to reclaim a safe space for artists and how American artists have “othered” people for so long and shaped how Americans understood other racial/ethnic groups. Thank you! This class was amazing!”

News about:
crystal am nelson