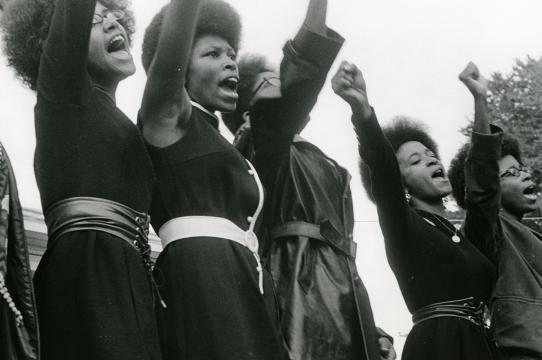 crystal am nelson published And They Started Sayin’ “Black Power!” in the 2018 Summer issue of Feminist Media Histories, which is dedicated to comics. crystal’s photo essay attempts to map some of the historical moments that likely influenced the birth of the black panther as an icon and hero in the worlds of both political activism and comic books. From its initial appearance in Alabama to its incarnation in Oakland, the black panther has stood the test of time and remained an index of Black power. This essay examines the births of the Lowndes County Freedom Movement, Marvel's Black Panther character, and the Black Panther Party—all in 1966. The founding of that first proves to be a seminal, highly influential moment that presaged what was to come later that year. The events described trace how community action transformed into black power–cum–panther power. crystal's essay appears in Vol. 4, No. 3, pp. 30-48 of Feminist Media Histories.

News about:
crystal am nelson