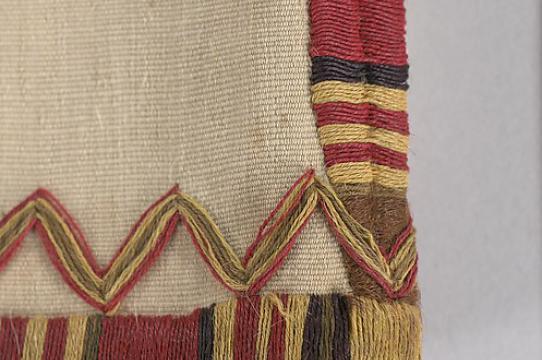 The paper, "On the Fringes and Edges: Inka Visual Culture and the Embellished Borders of an Imperial Territoriality," looks at how the Inka used textiles and stonework to articulate notions of boundary and the significance of edges within territorial control. Gaby discusses how imperial visual discourse included the production and circulation of certain textiles whose formal and functional aspects give evidence to an Inka framework of insider/outsider arbitration and also point to examples of how Andean textiles more broadly consider questions of boundary and edges that frequently seem to revert to implications of territory and land.