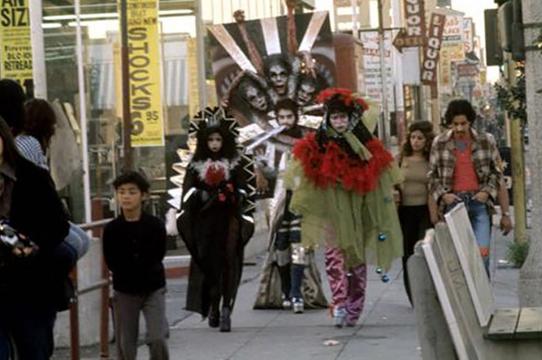 PhD Candidate Madison Treece published “From Public Sphere to Public Space: Patssi Valdez’s Corporeal Manifestation of the Virgen de Guadalupe” in Hemisphere: Visual Cultures of the Americas 12. The article examines Patssi Valdez’s contribution to Asco’s Walking Mural performance, which took place on Christmas Eve of 1972. For her contribution, Valdez dressed as a subversive representation of the Virgin of Guadalupe, which calls into question a Chicana woman’s role in the domestic sphere and is an expression of the artist’s position as a woman in the borderland of East Los Angeles, caught between Chicanx traditionalism, and new modes of expression. Furthermore, in Walking Mural, Valdez takes the traditionally interior and internalized domestic realm of the home altar, and manifests it in the streets of East Los Angeles. Her body becomes the material reality of the Virgin of Guadalupe, who is often present in home altars. In doing so, Valdez makes personal histories publicly visible and offers alternative narratives that disrupt the canon of Chicanx identities.