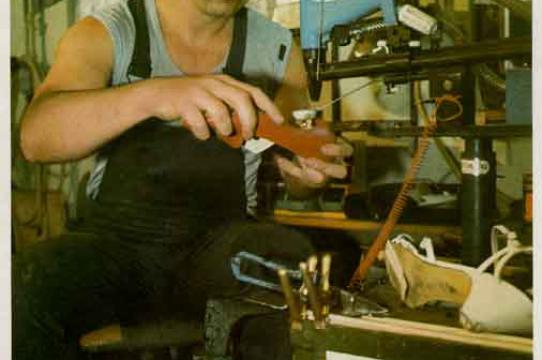 In February, Sara Blaylock presented her paper, "The Body in Pieces: Experimental Photography from East Germany in the 1980s" at the College Art Association's annual conference in Washington, DC. East German official culture treated photography as a documentarian medium. Photography, according to state policies, was supposed to represent the nation––at least as it imagined itself to be. However, by the country’s final decade photographers were experimenting with other possibilities for the medium.

Sara's paper examines work by two photographers, Gundula Schulze and Thomas Florschuetz, for how their photographic practices challenged the idea of a homogenous East Bloc culture. In the socially-engaged portrait photography of Schulze and in the formalist and performative self-portraiture of Florschuetz, Sara looks for how social critique found a visual form in East Germany. The paper is culled from her dissertation chapter, which also examines performance art.

Sara's paper was part of the panel, "Beyond the Pictures Generation: New Approaches to Photography in the 1980s."

IMAGE: "A realized vision of an exploitation-free society" from a photo essay on labor published in Das aktuelle Bild, February 1989 (East Germany)