"Performing Race at the Victorian Freak Show" with Nadja Durbach 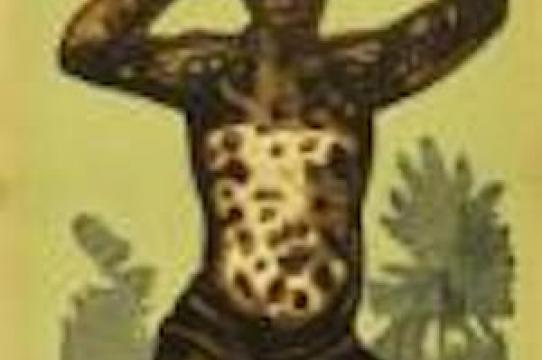 For a complete listing of Museum and Curatorial Studies events click here.

While scholars have examined the display of non-Western peoples at Victorian exhibitions, and noted that many of the “cannibals” and “savages” who performed were actually fakes, none have explored in earnest either the preconditions for, or the ramifications of, this artifice. This talk interrogates the cultural attitudes that bound ethnic and racial Otherness together, and the ways in which these relationships were embodied and performed, in order to explain what made these fake shows not only possible, but appealing to a broad British public.

The widespread use of working-class men, and the Irish in particular, to portray Africans or other “savages” at sideshows depended upon and contributed to beliefs about the relationships between class, ethnicity, and race. Irishmen were regularly employed to play sideshow savages, whether American Indians, Bushmen, or Zulus, because of long-standing assumptions about their primitive, wild and violent natures.  Showmen cast them in these roles, and audiences allowed themselves to be deceived, because the ruse reinforced widespread beliefs about the racial inferiority of the Irish and conversely the whiteness of other Britons. I argue that most audience members were probably not fooled by these fraudulent acts but were nevertheless entertained and reassured by the messages they conveyed about race and empire, perhaps even more so than by authentic exhibitions.