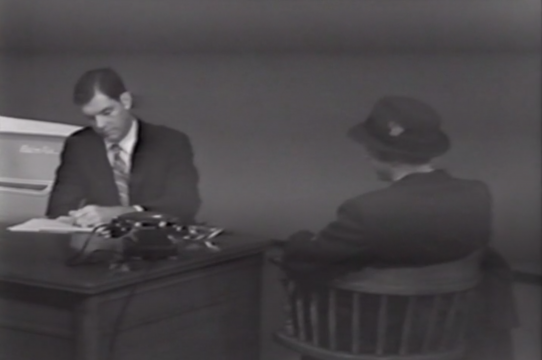 “Going Through the Motions: Screen Reenactment”

In times of war, trauma and rebuilding, screen reenactments publicly display modern problems of action and of the human capacity to work and create. Reenactments are reluctant derivations of reality that resist truthful, prepossessing expression, and irony is thus the pervasive trope of reenactment. In screen reenactment we encounter ambivalence about human agency and our intentional relation to the past, as well as the means to “work through” this historical anxiety. Going Through the Motions positions moving-image reenactment between truth-telling and fictive or fantastic modes of representation, in a mode that can be found across the entire range of moving-picture forms of the twentieth century, from historical narrative to documentary, propagandistic and instructional or motivational forms to experimental uses of film and video.

Jonathan Kahana teaches in the Department of Film & Digital Media at UC Santa Cruz. He is the author of Intelligence Work: The Politics of American Documentary (Columbia UP, 2008) and the editor of The Documentary Film Reader: History, Theory, Criticism (Oxford UP, 2016).