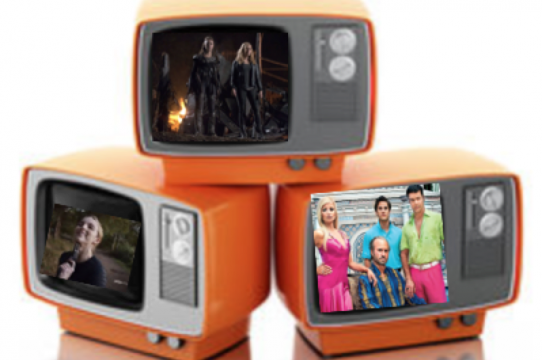 My 2001 essay "Epistemology of the Console" deployed the metaphor of the television console-cabinet to explore how televisual logics are constructed by, and in turn construct, what Eve Sedgwick termed the "epistemology of the closet," elaborating how television produces knowledges and ignorances around sexuality that have kept queer figures and desires at the level of mere subtext, subject to mystery and knowing winks, if not simply repressed and (symbolically or literally) buried.  Almost two decades later, much has changed. Sites for television/video have proliferated beyond the living room TV set to encompass screens both miniature and huge, mobile and theatrical, in public and private spaces, encouraging instantaneous and extended viewing. Simultaneously, opportunities for sexualities have expanded. Has the logic of the closet exploded? Or are there other kinds of containments in our seemingly wide open fields of television and sexuality? Such questions will be addressed in considering queer TV today.

Lynne Joyrich is Professor of Modern Culture and Media at Brown University. She is the author of Re-viewing Reception: Television, Gender, and Postmodern Culture (1996) and of articles on film, television, cultural studies, and gender and sexuality studies that have appeared in such journals as Critical Inquiry, Cinema Journal, differences, Journal of Visual Culture, The Black Scholar, and Transformative Works and Cultures and such books as Logics of Television (1990), Private Screenings (1992), New Media, Old Media (2006, 2015), Inventing Film Studies (2008), Queer TV (2008), and Mad Men, Mad World (2013). She has been on the editorial collective of the journal Camera Obscura: Feminism, Culture, and Media Studies since 1996.