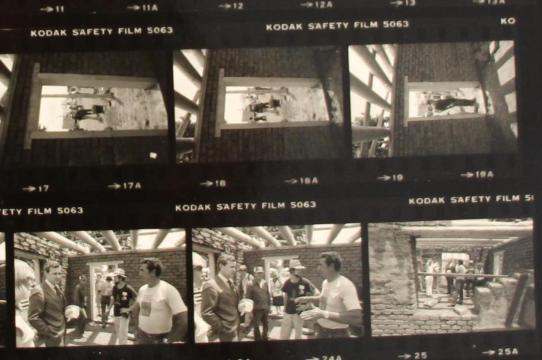 This lecture traces the place of adobe architecture in the robust solar design scene that emerged in New Mexico in the years surrounding the oil crisis of 1973. In the constellation of exchanges between small-scale tinkerers, countercultural cooperatives, and Big Science that drove the “lunatic fringe” of American solar research, architects and scientists reconceived indigenous construction as an environmental technology defined by the interplay between architecture and invisible energy forces. The lecture will focus on the passive solar research program established at Los Alamos Labs, where scientists formerly involved with modeling the high-energy thermodynamics of nuclear reactions attempted to record and visualize the less volatile heat gain and loss characteristic of dried mud.

Albert Narath is a historian of modern architecture and design. He is an Assistant Professor in the History of Art and Visual Culture Department at the University of California, Santa Cruz.