“The Use and Abuse of Interrogation Photographs From The Tuol Sleng (‘S-21’) Museum of Genocide, Cambodia” 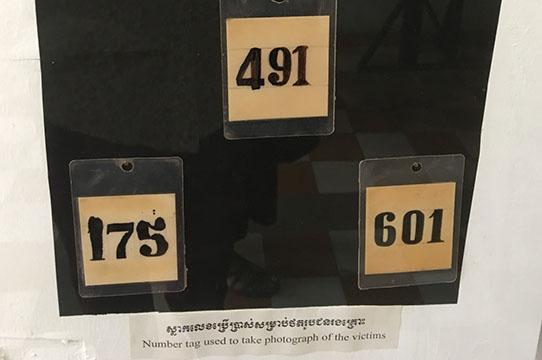 Ever since their “discovery” in 1979, the prisoners’ mug shot photographs from the Tuol Sleng Museum of Genocide in Cambodia have arguably become iconic images of the Khmer Rouge genocide. These photographs have been used and abused by book publishers, museum curators, and playwrights, as well as contemporary local and foreign artists. A case in point is a recent controversy surrounding Irish artist Matt Loughrey, who has digitally “colorised” and altered the facial expressions in these portraits that caused a public outcry on social media. This talk looks at the lives of these photographs as objects of display and exploitation in global consumer culture.

Boreth Ly is an associate professor of Southeast Asian art history and visual culture at the University of California, Santa Cruz. She coedited with Nora A. Taylor, Modern and Contemporary Art of Southeast Asia (2012). In addition, she has written numerous articles and essays on the arts and films of Southeast Asia and its diaspora. Academically trained as an art historian, Ly employs multidisciplinary methods and theories in her writings and analysis, depending on the subject matter. Last, she authored, Traces of Trauma: Cambodian Visual Culture and National Identity in the Aftermath of Genocide (University of Hawai’i Press, 2020).