America Out of Iraq: Resistance and the Global Sports Spectacle 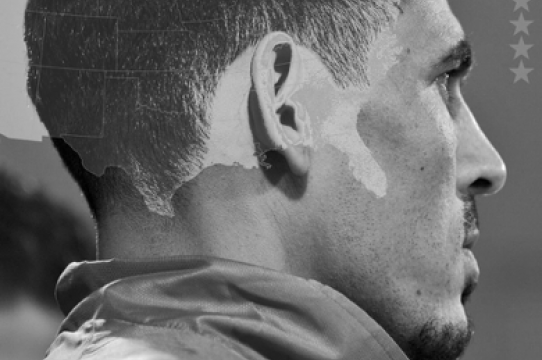 PLEASE NOTE: The day, time and location has been changed from April 10 to what is currently posted.

Writing about the politics of sports often begins with the observation that sports looks like war. I pressure this given with a series of questions. What kind of war is in play? How do particular sports play differently with violence? The athlete's body is an actor in what kind of political theater? In this talk, I draw from recent theorizations of war to reconsider the iconicity of the figure of the resistant athlete. Drawing from the work of contemporary artists inspired by Tommie Smith and John Carlos (who raised their fists in protest at the 1968 Olympics) and by Younis Mahmoud (the Iraqi national soccer team captain who, on winning the 2007 Asia Cup told media "I want America out of Iraq now"), I offer a reading of the global sport spectacle as a distinct, intimate form of warfare practiced on and through the athlete's body.

Jennifer Doyle is the author of Campus Sex/Campus Security (2015), Hold It Against Me: Difficulty and Emotion in Contemporary Art (2013) and Sex Objects: Art and the Dialectics of Desire (2006). She turned her attention to sports in 2007, and has contributed sports writing to Deadspin, The New York Times and Howler. She teaches at UC Riverside, and lives in Los Angeles. She is a member of Human Resources Los Angeles, a collectively run arts space dedicated to experimental and performance-based practice.