Shadows of the Absent Body: The Materiality of Mourning in the work of Doris Salcedo 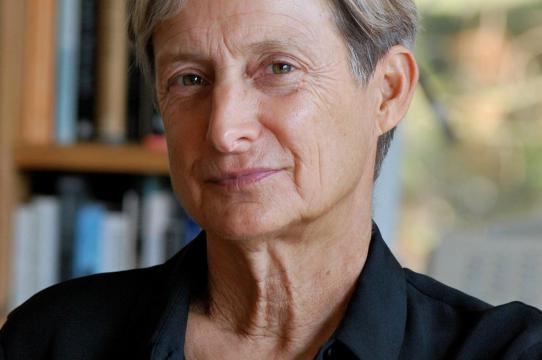 The task of public grieving for the countless lives lost to violence requires maintaining the absent body rather than its conversion into presence. The object world houses that absence, allows for its encounter.

We may think that "visibility" is the ethical and political  answer to those histories of atrocious loss that leave the dead nameless. But namelessness, too, has to be presented, is part of the contemporary horizon of obliteration and persistence. Every act of "making visible"  is haunted by what can no longer appear.  It invests a redemptive potential in the field of vision, but the field of vision is itself constrained by the loss, governed, we might say, by the persistence distinction between the grievable and the ungrievable. This lecture will consider how in the context of Salcedo's work the field of grievability is a sensate field riddled with loss.  Grievability is a potential that is only partially realized through a transformation of the object world, the tacticle, relations of proximity, shadows of the absent body in the field of objects. The remainders of a life assemble in new form, never giving back that life, but establishing counter-monumental forms of memorialization.  To establish a life as grievable, as worthy of grief - and so worthy of preservation -  is an injunction that pertains to both the living and the dead.  But under conditions when the body is no longer recognizable, how do the objects that remain asemble to speak the loss?