Survival Strategies as Poetics in Trans of Color Digital Art 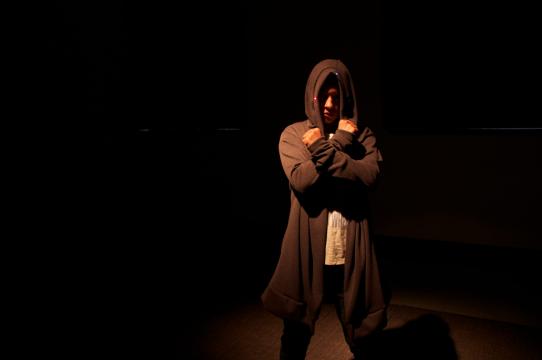 PLEASE RSVP HERE TO GET THE ZOOM LINK.

In this talk, cárdenas will discuss her forthcoming book, Poetic Operations. Poetic Operations argues that by using algorithmic analysis to consider digital media that works for safety for trans people of color, one can see the operations of the cut, the shift and the stitch in the survival strategies of trans people of color, and these operations constitute a trans of color poetics. The main focus of this book is on the artwork of trans people of color working in digital media, a body of work that has been undertheorized. Poetics, whether of language, media or movement, are the observable meeting points of matter and agency. Trans of color poetics can also be seen in the work of artists who do not identify as people of color, trans or gender nonconforming, whose poetics still serve to increase safety for trans of color communities. The artworks discussed in this book all contribute, most explicitly, a few implicitly, to reducing violence against trans people of color, by interrupting colonial control of embodiment, modulating perceptibility, fostering transformation and building solidarity.

micha cárdenas, PhD, is Assistant Professor of Art & Design: Games + Playable Media at the University of California, Santa Cruz. cárdenas is writing a new algorithm for gender, race and technology. Her book in progress, Poetic Operations, proposes algorithmic analysis as a method for developing a trans of color poetics. cárdenas’s co-authored books The Transreal: Political Aesthetics of Crossing Realities (2012) and Trans Desire / Affective Cyborgs (2010), published by Atropos Press. Her artwork has been described as “a seminal milestone for artistic engagement in VR” by the Spike art journal in Berlin. She is a first generation Colombian American.