The Digital and the Political: New Ecologies of Mind 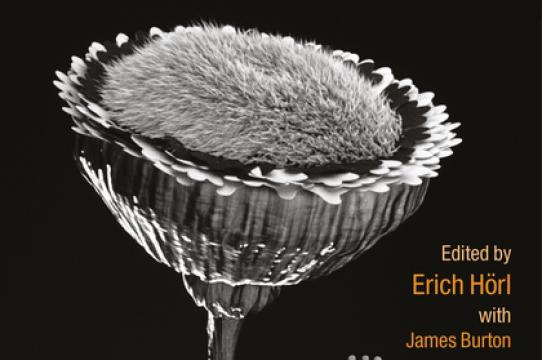 The intensity and rapidity of the digital revolution has unraveled the individual mind-brain paradigm. It is now impossible to deny the ways in which human cognition is enmeshed with its technical prostheses, since those technical systems are now so persistent and so automated, the human mind is no longer always capable of defending its own autonomy. The political and social (not to mention economic) stakes of this revolution are clear, even if new resolutions are uncertain.  This symposium will explore the “new ecology” of mind that challenges us today as we seek to reconfigure our cognitive worlds between the political and the digital – as old institutions of power and knowledge are deformed and new relationships (visible and invisible) are forming. The key issue will be automation, automaticity, and autonomy: how does our new new media ecology work to automate moods, preference, perceptions – subjectivity itself – with and through the increasing automatization and neutralization of the political?

David Bates is Professor of Rhetoric at the University of California, Berkeley and former Director of the Center for New Media. His main research interests are the history of politics and legal thought, and the history of science, technology, mediam and cognition. He is particularly interested in the relationship between violence, law, and political foundation. Bates is currently working on a book that traces ideas of human "insight" in the era of modern science. The project aims to provide a critical history of "Artificial Intelligence" understood in the widest sense of the term.

Erich Hörl is full professor of Media Culture at the Leuphana University Lüneburg. He is also a senior researcher at Leuphana’s Digital Cultures Research Lab (DCRL). Prior to this, he was professor of Media Technology and Media Philosophy at the Ruhr-University Bochum, where he was the head of the ‘Bochumer Kolloquium Medienwissenschaft’ (bkm). Currently, he is working on a general ecology of media and technology as well as on a critique of the processes of cybernetisation of every form of life and every mode of existence, focussing on a historical-systematic outlining of a technoecology of participation.

Yuk Hui studied Computer Engineering, Cultural Theory and Philosophy at the University of Hong Kong and Goldsmiths College in London, with a focus on philosophy of technology. He is currently a research associate of the project "techno-ecologies of participation" at the Leuphana University Lüneburg, where he also teaches at the institute of philosophy; previously, he was a postdoctoral researcher at the Institute for Research and Innovation of the Centre Pompidou in Paris and a visiting scientist at the T-Labs Berlin. He is an editor (with Andreas Broeckmann) of 30 Years after Les Immatériaux: Art, Science and Theory (2015), and author of On the Existence of Digital Objects (U of Minnesota P, 2016).

Luciana Parisi is Reader in Cultural Theory, Chair of the PhD programme at the Centre for Cultural Studies, and co-director of the Digital Culture Unit, Goldsmiths University of London. Her research draws on continental philosophy to investigate ontological and epistemological transformations driven by the function of technology in culture, aesthetics and politics. In 2004, she published Abstract Sex: Philosophy, Biotechnology and the Mutations of Desire(Continuum Press). In 2013, she published Contagious Architecture: Computation, Aesthetics and Space(MIT Press). She is currently researching the history of automation and the philosophical consequences of logical thinking in machines.

Warren Sack is a media theorist, software designer, and artist whose work explores theories and designs for online public space and public discussion. He is Chair and Professor of Film + Digital Media at the University of California, Santa Cruz where he teaches digital arts and digital studies. He has been a visiting professor in France at Sciences Po, the Fondation Maison des sciences de l'homme, and Télécom ParisTech. His artwork has been exhibited by SFMOMA (San Francisco), the Whitney Museum of American Art (New York), the New Museum of Contemporary Art (New York), the Walker Art Center (Minneapolis), and the ZKM (Karlsruhe, Germany).

The annual Visual and Media Cultures Colloquia (VMCC) at UCSC are a collaboration between the graduate programs in Film and Digital Media Department and Visual Studies in the History of Art and Visual Culture Department. The series brings an array of cutting-edge scholars to speak on a broad spectrum of subjects. Talks are free and open to the public. Parking permit required.  https://taps.ucsc.edu/parking/visitor-parking.html.